Viewing posts from the Announcements category

Skybolt has been a U.S. manufacturer since 1982 with assessment by NSF-ISR for the following standard: AS9001D with ISO 9001:2015. Skybolt holds many patents for parts production.

We are reaching out to share with our customers operation plans with regard to the COVID-19 pandemic. On-line sales are operating at 100% and the traditional Skybolt fast lead times have not been affected. This is a fluid and rapidly developing situation, but as of this week our plan is as follows:

Our Team: The highest priority right now is the health and safety of Skybolt Aerospace Fasteners team. We have implemented social distancing and hygienic protocols within our facility to help with preventing the transmission of the virus. We are asking any employee with symptoms or known exposure to quarantine at home. This may temporarily impact quick replies to customer service and the processing of orders. We ask for your understanding during this time as we work towards minimal business interruptions.

Phone & E-Commerce Orders: Our team is handling orders quickly and timely while working with logistics of carriers to continue shipments around the world. We will make any updates available on our website if this becomes impacted in a severe way. As a company with one of the largest e-commerce sites for fasteners, it’s easy to continue to work on your projects while placing orders online.

U.S. Domestic Production: Since we manufacture approx. 99% of our patent products in Florida, we will still be able to provide a quick turnaround for custom projects. Contact our support team for any questions.

Upcoming Shows: We were excited to see you in Miami at at the PartsBase EXPO, MRO Americas in Dallas, TX, and the Farnborough International Airshow in England, however the first two shows have been postponed until further notice. Farnborough Int’l Airshow is still planned for late July.

This is a great time to begin work on projects that you haven’t had time to focus on as you realign your efforts. Contact our engineer to discuss any fastener problems you have or solutions you need.

We wish you the best during this unprecedented temporary transition from normality. Hoping for clear skies ahead as we come together to tackle this pandemic. Thank you very much for your commitment to Skybolt.

Farnborough is the oldest active airfield in the UK and has been associated with aircraft and airships since 1908.

Skybolt Aerospace Fasteners is a manufacturer and distributor of the highest grade stainless steel 1/4 turn panel fasteners, grommets & receptacles. Skybolt innovates many other fastening solutions and designs are Tier I, II, and III approved with major commercial aircraft and component manufacturers, including land-based defense, and aerospace launch vehicle companies.

Skybolt Aerospace Fasteners was awarded the Small Manufacturer of the Year Award by the Manufacturing Association of Central Florida for 2019 at the MACF Annual President’s Dinner & Awards of Excellence.

Skybolt Aerospace Fasteners is a manufacturer and distributor of the highest grade stainless steel 1/4 turn panel fasteners, grommets & receptacles. Skybolt innovates many other fastening solutions and designs are Tier I, II, and III approved with major commercial aircraft and component manufacturers, including land-based defense, and aerospace launch vehicle companies.

Skybolt announces their participation at the 53rd International Paris Air Show Le Bourget 2019.  Partnering with Enterprise Florida, this marks a huge milestone in our ability to meet directly with international customers in our Tier I, II, and III partnerships.

“It is important for the future of Skybolt to establish our company as a true innovative manufacturer of panel fastening devices”, says Ned Bowers, founder and President since 1982.  “The international stage is not new to me following 37 years of international flying for names like Pan Am and Delta”. “In fact, Skybolt feels right at home with our growing list of international customers”.  This opportunity is evidence of our devotion to do business on a world stage”, says Bowers.

President, Ned Bowers and Vice President, Debra Bowers recently attended the Airbus Academy Training for Tier 1 Suppliers in Toulouse, France.  This intense course is designed to establish the expected standards of acceptance for quality and on time supply of critical aerospace hardware to Airbus.

“I’ve been through some of the best of the best training programs in the world, from NASA to several airline pilot training courses and I have to say, this is was a top shelf learning curve in quality standards”, stated Ned Bowers.  “Just when I thought I had a clue, at this level, a clue is just a learner’s permit”.

We bring back the lessons of this course to our everyday business with a new perspective on world class quality programs and expectations.

“One important eye opener is the cost of a quality program on the level of Airbus; but the cost to not be on that level is even higher”, said Bowers.

Leesburg, Florida – The journey to AS9100 standards began in 2011 when we wrote our QMS Manual as a dual AS9100 and CFR21.137, approved by the FAA. The final step to AS9100 was certification from the International Aerospace Quality Group and NSF International. In 2017, we began a very methodical and focused effort to achieve this certification. The entire Skybolt team played a role in this process. We are proud to also say, this process has improved substantially, our entire quality focused efforts; the ultimate benefit is our customer. 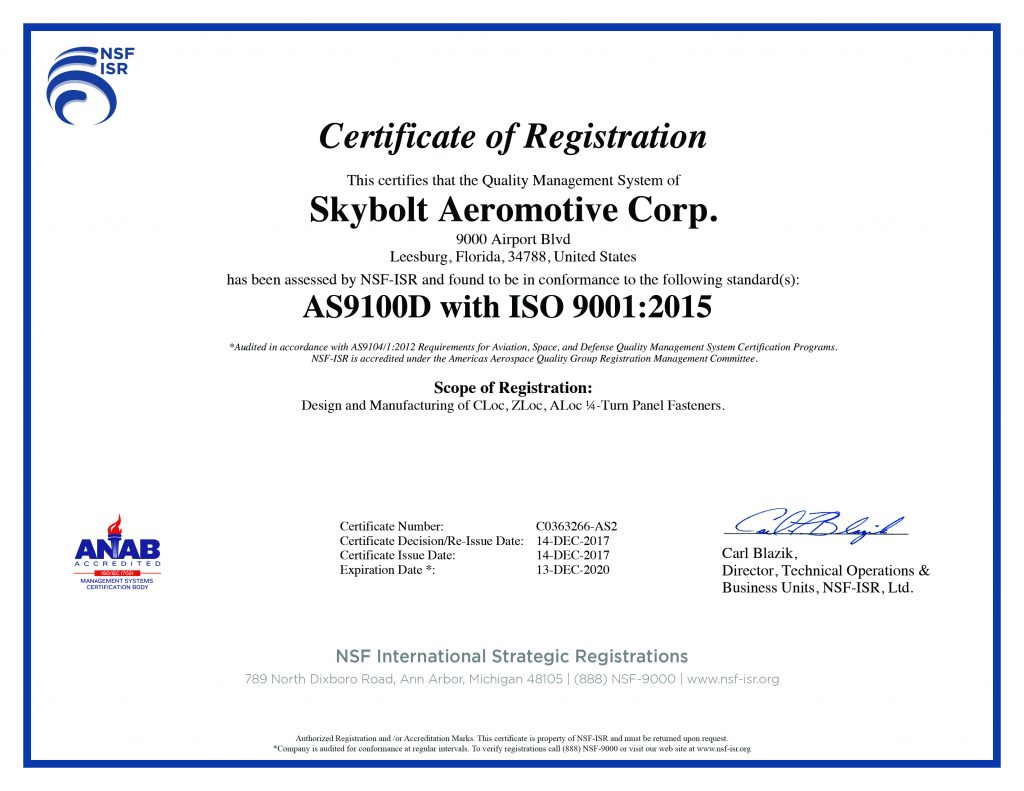 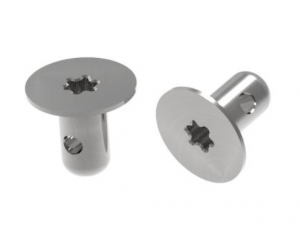 Skybolt ® announces new ALoc® Series King Air Nose Panel Fasteners in T25 Torx® …The advantage and finish of machined 303 stainless with the anti-galling property of a Torx® versus a slot.   Ask your Skybolt salesperson about our Kit# KA90NP1 that includes SK294186-2-180T,  -200T, and -240T along with required pins.

Winner of 2017 Florida Companies to Watch

We are honored to be named one of the winners of the 2017 Florida Companies to Watch. Our teams dedication and founders innovation has helped us grow as a leading aerospace fasteners manufacturer.

Ned Bowers, co-founder of Skybolt Aeromotive Corp., made his hobby his business. As he learned more about the aerospace parts business, he innovated the business model to develop a strong competitive advantage over the rest of the industry. “Skybolt was originally formed by my dad and me. We both came from an aviation background and we came up with the idea to create an aircraft parts distribution company, which quickly came to be focused on aerospace fasteners,” he said. “We quickly whittled that into something more in demand which was quarter-turn fasteners. Because we had such a difficult time sourcing parts that were common to everything that was built to fly, that led us blindly into making it ourselves. We had to learn how to go from distributor to manufacturer. We started learning at the lowest levels how to manufacture parts and 30 years later we’re still learning and continually improving.” 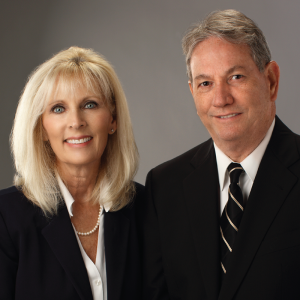 Skybolt perfected its manufacturing process so much that its lead time is only six days compared to 16 for the rest of the industry. “What makes us truly different is that we are innovators,” Bowers explained. “We have always searched for better ways to do things. We took the design of 50 and 60-year-old aircraft parts and improved them substantially so they are more user friendly. Our automated manufacturing process has resulted in very fast lead times and allows us to set up and run quantities to fit our customer’s needs instead of running 100,000 units to deliver 50,000.”

Bowers appreciates the added credibility that comes with being named as a Florida Companies to Watch. “We are so honored to have been selected as a Top 50 Florida Companies to Watch honoree. We’ve worked hard, we are growing, and it’s incredible,” said his partner, Debra Bowers. “The credibility this gives us, especially in the aerospace industry that is very regulated, is invaluable. One of toughest things we face as a small business trying to get to next level with large companies, like a Boeing company, is establishing our credibility. This is another feather in our cap. We are so honored to be a part of GrowFL. This will really help us when approaching large companies, and the value of just that is paramount.”

Bowers’ advice for aspiring entrepreneurs is to prepare to have adequate capital and gain as much knowledge and experience as you can before launch. “Do your homework, come up with a number of what it’s going to cost to form that business and how are you going to accumulate the capital to cover that cost and as soon as you figure out the number – then double it,” he said. “We learned our industry on our own dime making rookie mistakes that were costly. Before venturing off to run your own business, educate yourself as much as possible on what’s involved in running a business. There’s not enough information you can absorb before you start operating and spending money.”

Skybolt Aeromotive Corp is a member of the GrowFL CEO Roundtable Program and a past participant in the GrowFL Strategic Research Program. GrowFL’s support of Florida manufacturers is a partnership program of FloridaMakes. – See More about Florida 2017 Companies To Watch